We met Ben shortly after he came out of prison. His life had been completely uprooted and his anxiety and mental health had led him to a point where he no longer wanted to live. At his lowest point, Ben remembered that he had been given the number for a charity which he was told would help him readjust as he came to terms with the new life he found so overwhelming. Ben reached out.

“I was in a very dark place. I live away from my family, I have no friends and got very lonely. This was all exaggerated by Covid-19, and the restrictions we have had throughout the year. A few months ago when having a very low moment, even planning on taking my own life, I remembered a charity I contacted whilst in jail and I decided to reach out. Junction42 were very supportive and very quickly put me in contact with Handcrafted.”

Ben started coming to the workshop in Gateshead, where he enjoyed being creative. It was hard to summon the confidence to step into a new space and sometimes this was very overwhelming. He persevered, however and slowly became more comfortable.

“Working with both of these charities has been a huge turning point in my life. Junction42 have really helped with job prospects which has given me hope to move on in my future, and Handcrafted has really changed my life in the here and now.

It gets me out of the house, I’m meeting friendly people, both staff and other service users. I’m learning new skills – not just practical – but also helping me deal with my social anxiety.”

Ben has found a safe place in the Gateshead hub. He volunteers to help with jobs in the workshop. He talks to and laughs with other trainees. He has cooked meals for vulnerable trainees and residents during lockdown, and in spite of his ongoing battles, Ben is beginning to find the confidence and a context to re-engage with his naturally generous and kind character.

“Whilst I still have dark moments, for the most part they have been less intense. And I remember that, as hard as these times are, it took me to be in a very dark place to reach out and give me the motivation to try and change my life for the better.”

*trainee’s name has been changed

Pictured: a lamp, made by Ben in the Gateshead workshop 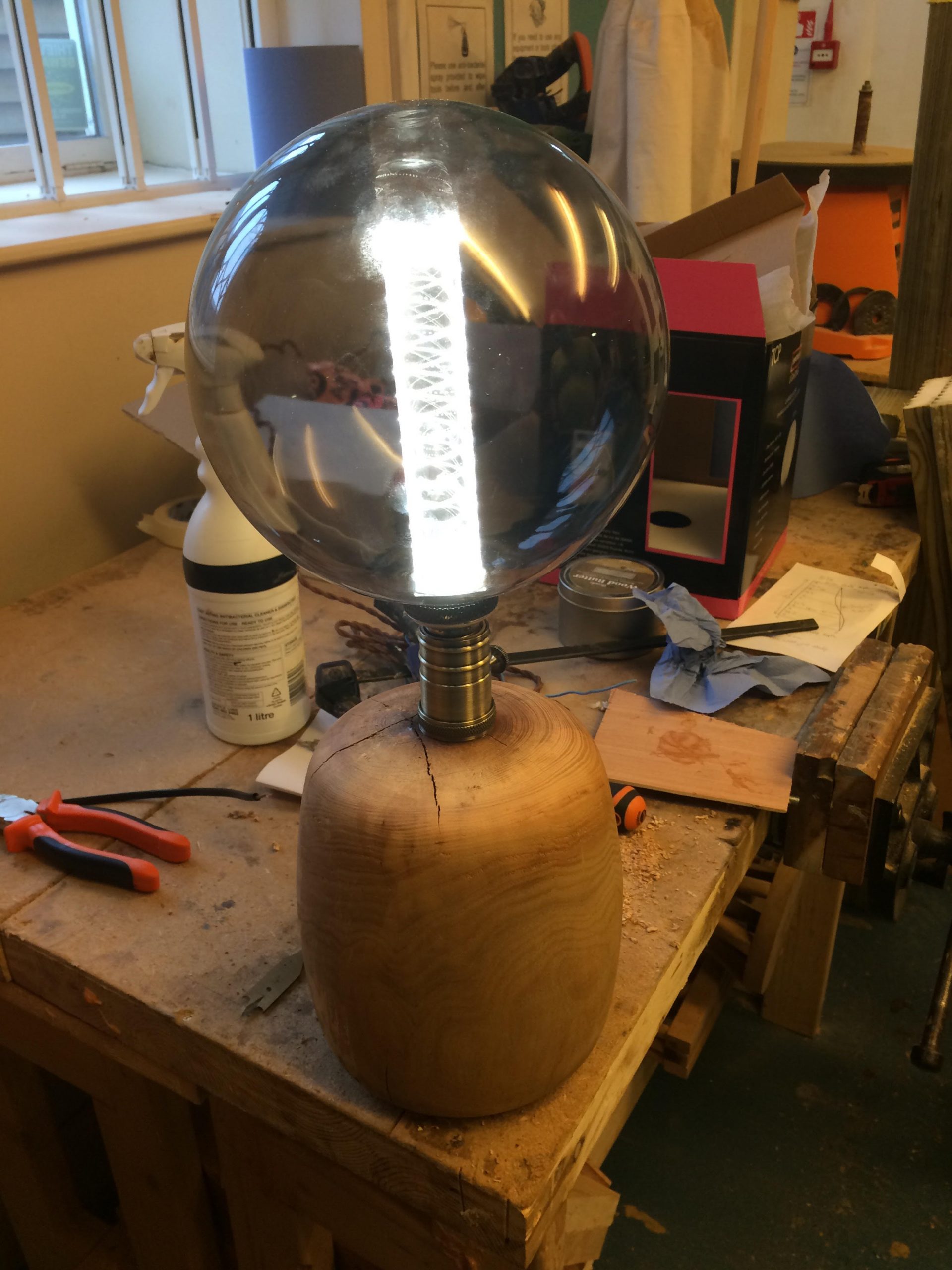