Earlier in 2021, we launched brand new Women’s Groups in our Gateshead and Durham hubs, expanding upon the work we had been doing with women for some years in Chester-le-Street. These groups offered up the opportunity for women in the region to come along and learn new skills – ranging from our usual carpentry training to crafts with clay, sewing and jewellery making!

On the first ever week of the Durham Women’s group, the first person to walk through the door was Casey. Casey was bang on time at 9am, taking some of the staff by surprise. She was nervous when she came in for a cup of tea and said she wasn’t interested in the woodwork, but she was keen to have a go at the craft activities on offer. Casey was very quiet and slowly worked on making some greeting cards. The next week, Casey worked a small pot out of clay for holding pens and pencils. The more we got to know Casey, the more we learnt that she was in fact a very talented artist. Her phone photo album contained reams of photographs of her own drawings, ranging from detailed tattoo designs to faces and scenic landscapes. It wasn’t until one volunteer suggested that she make an easel to help her with her with her drawings did Casey think about doing some woodwork.

It took a lot of planning, measuring and sanding, but eventually Casey grew confident in using the various tools and machines in the workshop to create her very own easel. It was a very ambitious first woodwork project, but it paid off. 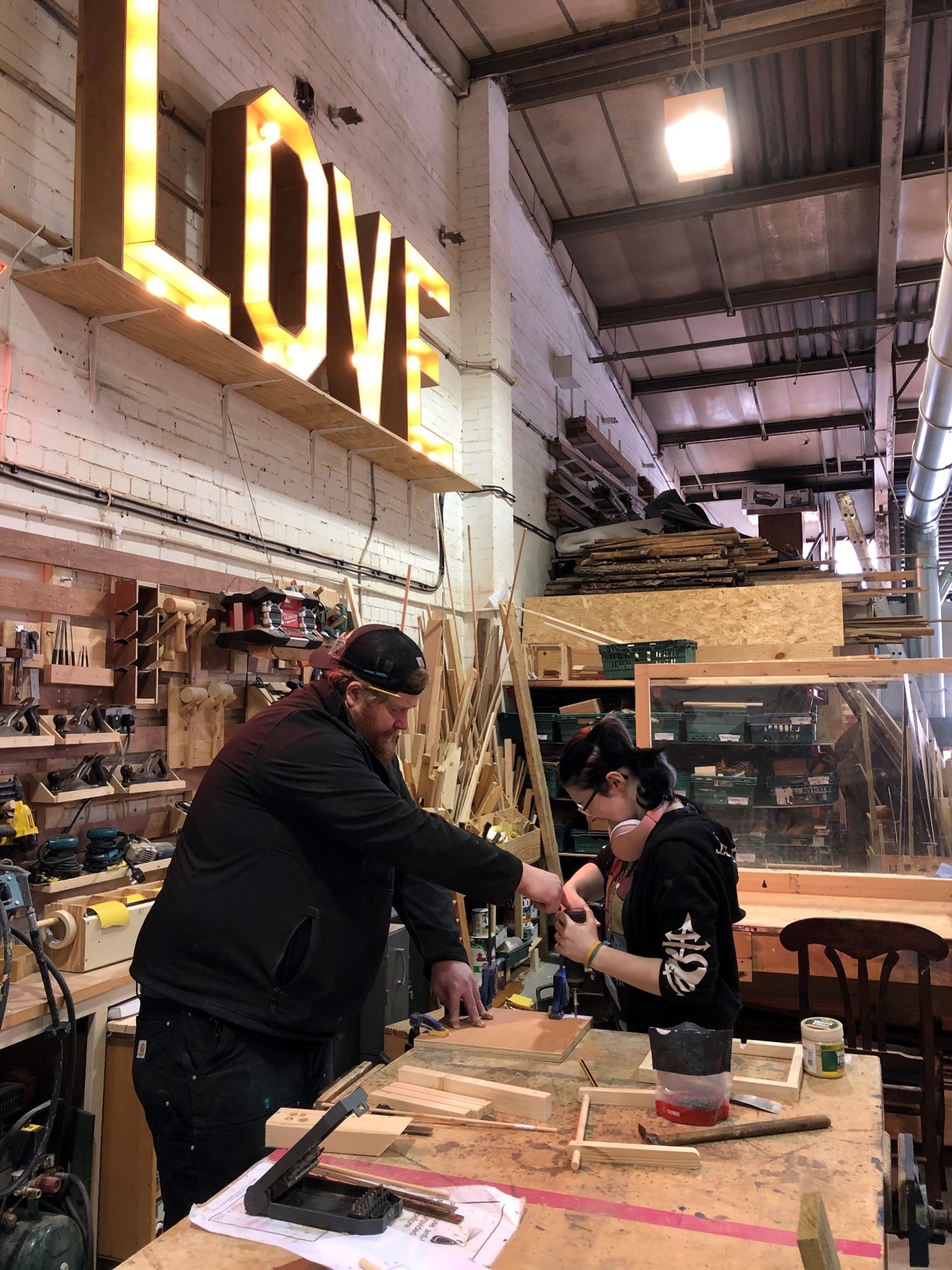 “I never thought I would like the woodwork, or that I could make anything this good.” Casey said. When the project was finished, Casey bounced around the workshop with excitement.

The next few months became a tricky time for Casey. She was out on her longboard a 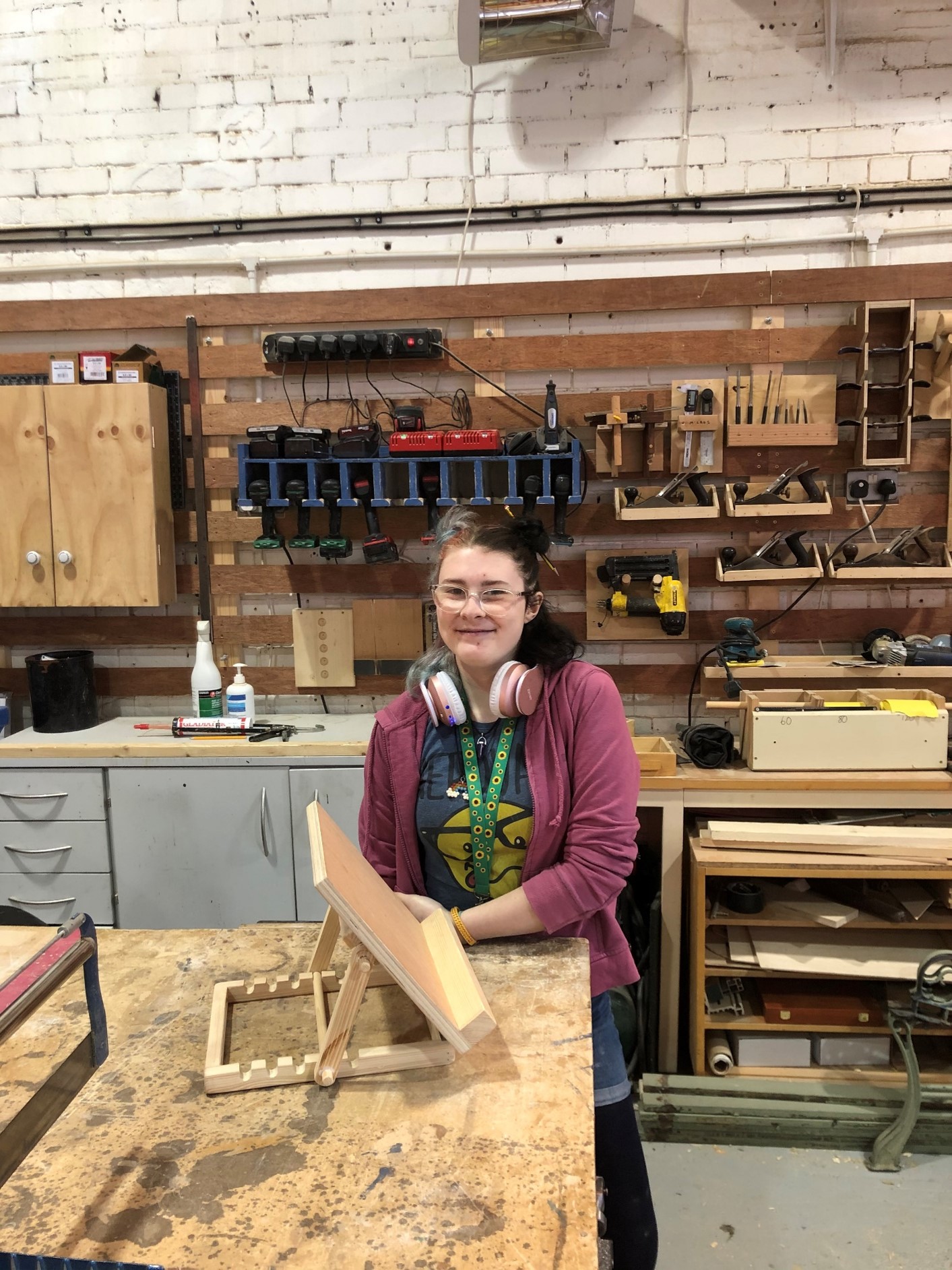 nd had a bad fall, causing her to break her elbow. The Women’s Group in Durham sorely missed her energy and enthusiasm, and we hoped she would make a speedy recovery so she could come back quickly. After some surgery and physio, eventually Casey was able to come back to Women’s Group. Not only that, but she also started coming on a second day of the week for another session, so she could do even more woodwork! With her arm weaker than it was before, it took her some time to rebuild her confidence on all the machines she had previously been using. When Casey walked back into the workshop she said:

“I missed it all so much when I was off. I even missed the noise!”

Casey now had a huge scar on her elbow, but something else had changed too. Casey started to talk about going back to college, which she had to leave two years ago when going through some personal struggles. In July, she asked Support Worker Lorraine if she could help her make a difficult phone call. Casey phoned New College Durham from the workshop and asked if she could come back and rejoin her Level 1 Art Course. The teachers were delighted, saying that they remembered her fantastic work and bubbly personality and that they would love to have her back. The next week at Women’s Group, Casey had some news for us all.

“They asked me to go up to Level 2!” she told us. The whole group were so excited for her, and it was amazing to see the change from the nervous girl who first 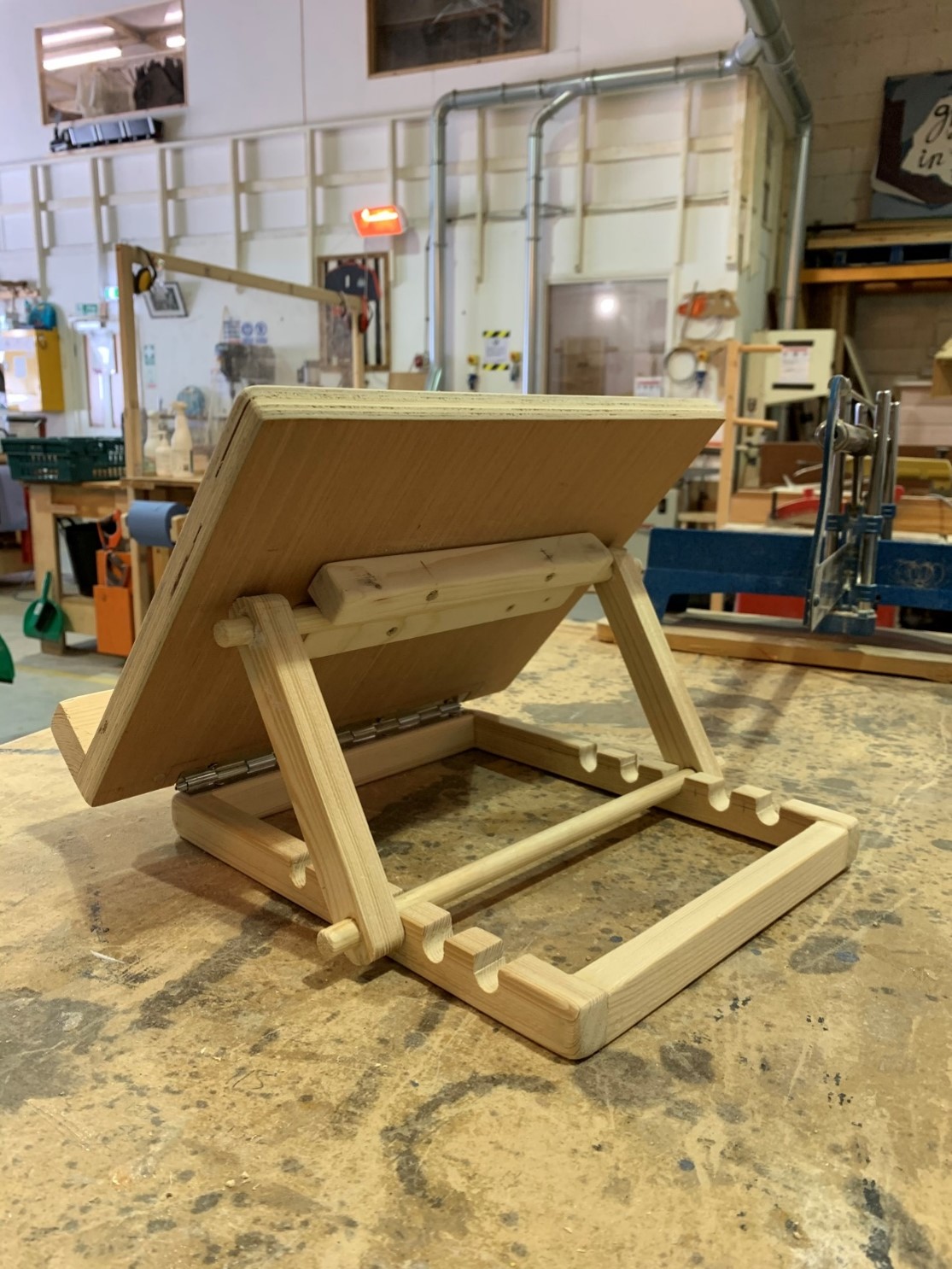 attended the group, to the Casey we see today, confident in herself and surrounded by friends and supporters.

“I’ve said to the college that I need to still come to Handcrafted” Casey told us. “I need it for my mental stability, which along with attending my CAMHS sessions, is how I felt ready to go back to college in the first place. I can’t give that up now.” 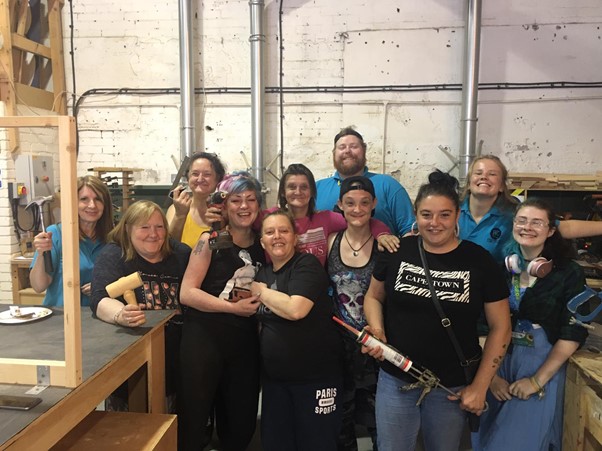